13 years ago, at the demise of Creed, the instrumental members forged a new alliance with Myles Kennedy, formerly of The Mayfield Four. This musical union, although having kicked off as a band with similar musical leanings as their former identity, quickly shed their skin into a new sound and energy that has yet to be replicated.

On Thursday, December 14th, Alter Bridge reappeared in Denver. Sons of Texas and All That Remains were the opening acts, and they definitely got the crowd pumped up.

The powerhouse quartet of Myles Kennedy (vocals, guitar), Mark Tremonti (guitar, backup vocals), Brian Marshall (bass guitar), and Scott Philips (drums) appear to have never been tighter as a band. Kicking off the show was “Writing On The Wall”, from their latest album, The Last Hero.

As they burned through songs that have spanned the entirety of the career, the crowd just continued to go wild. Cuts from their most recent album, to Blackbird (the song, and the album), and all the way back to One Day Remains, they tore through deep cuts, and fan favorites. When Myles and Mark were seated on stage, and acoustic guitar in-hand, “Watch Over You” would tug at your feelings, while Mark’s guitar work for “In Loving Memory” would pull on your heartstrings. His intricate finger-work on the song leads to credence in how it has been dedicated to his mother. A beautiful song, indeed.

Early on in the evening, Myles made light of the last time they were in Denver. Last time, at Red Rocks Amphitheater, they had had some technical difficulties in regards to Myles’ microphone not working, early in the show. Jokingly, they made reference to that and that everything was working perfectly. Humor and humility are spectacular together!

Suffice to say, Alter Bridge is the best show I’ve seen all year. These guys are all incredibly talented, and I foresee them continuing in a big way in the future! 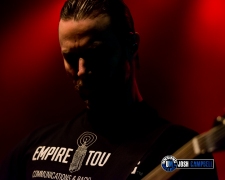 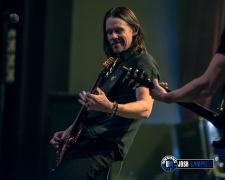 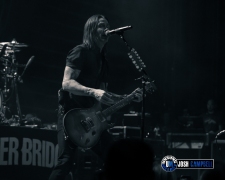 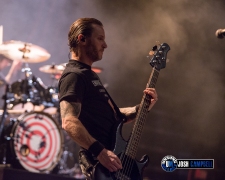